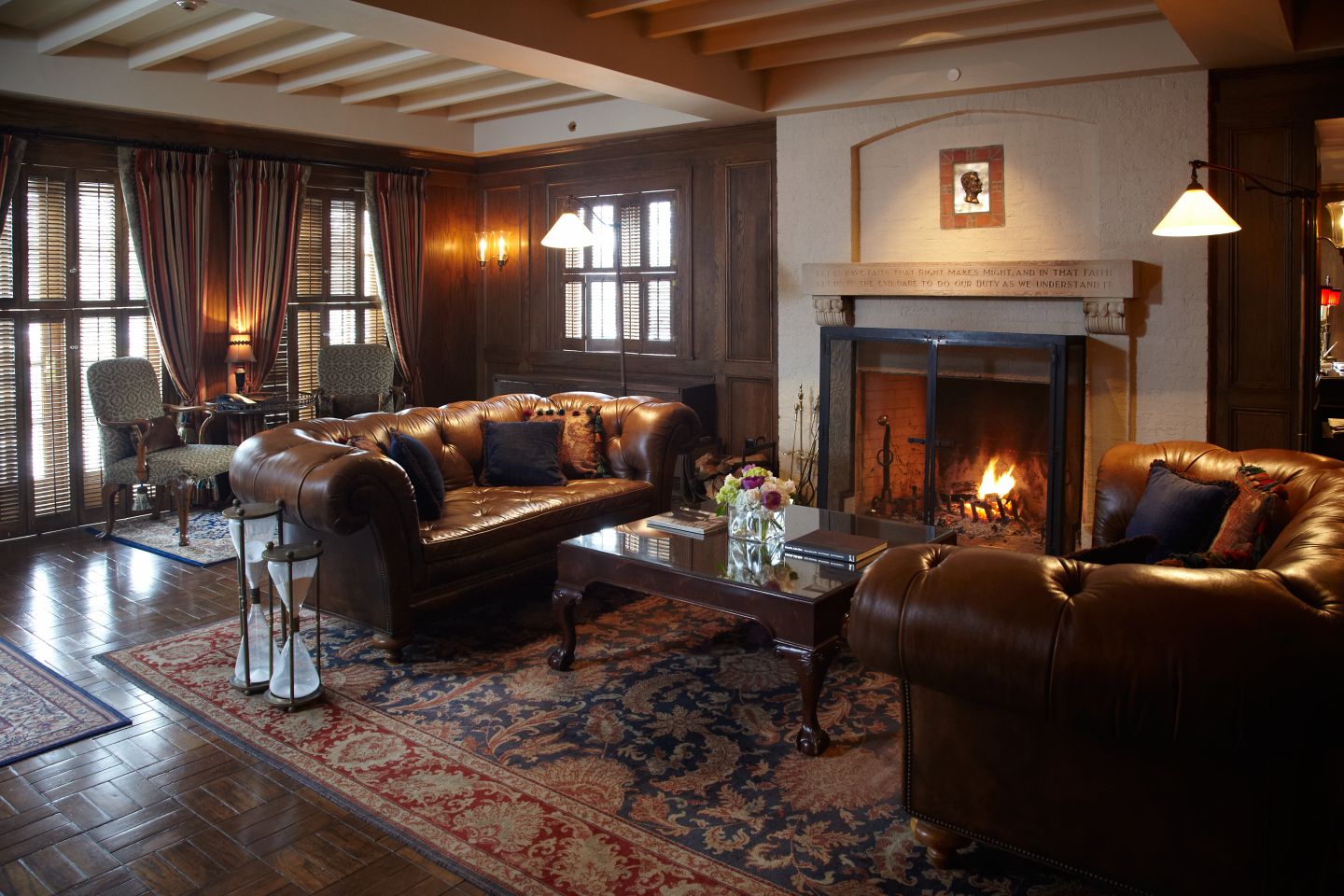 About The American Club®

Reservations
To make a reservation, Call

When Kohler Co. began building its new factory in the area now known as the Village of Kohler, Wisconsin, immigrants from Austria, Holland, Germany, Russia, and other locations far and wide arrived looking for work. The challenge, Kohler Co. soon realized, was helping those workers find housing in what had previously been 21 acres of farmland.

Believing “A worker deserves not only wages, but roses as well,” Walter J. Kohler and Kohler Co. undertook an ambitious project to house immigrants for just $27.50 a month – including a private room, laundry service and three meals per day – and in 1918 single immigrant workers began calling The American Club home. Along with a pub, bowling alley and barbershop, The American Club also offered lessons in American citizenship and the English language.

Decades later, when the building was no longer needed for housing and was in need of major repairs, Herbert V. Kohler Jr. conceived the idea of an elegant village inn. The three consultants he hired said it would never work but, undeterred, he trusted his instinct. When The American Club was placed on the National Register of Historic Places in 1978, he knew there was no turning back.

In 1981, this American icon was reborn as a world-class destination, preserving the history of yesteryear while continuing to promise the single level of quality that remains a signature of Kohler to this day. Guests come from around the world not only to stay in the hotel’s 241 rooms but also to golf at four award-winning Championship courses, eat at nine distinctive restaurants, and rejuvenate at the Forbes Five Star Kohler Waters Spa – one of only 85 spas in the world to claim that distinction.

This legacy of unparalleled hospitality has earned The American Club a Five-Diamond distinction from AAA and a Forbes Five Star rating. And it is what drives our ongoing commitment to delight all guests with gracious service and unforgettable experiences.

The American Club is a member of Historic Hotels of America®, the official program of the National Trust for Historic Preservation for recognizing and celebrating the finest historic hotels across America.