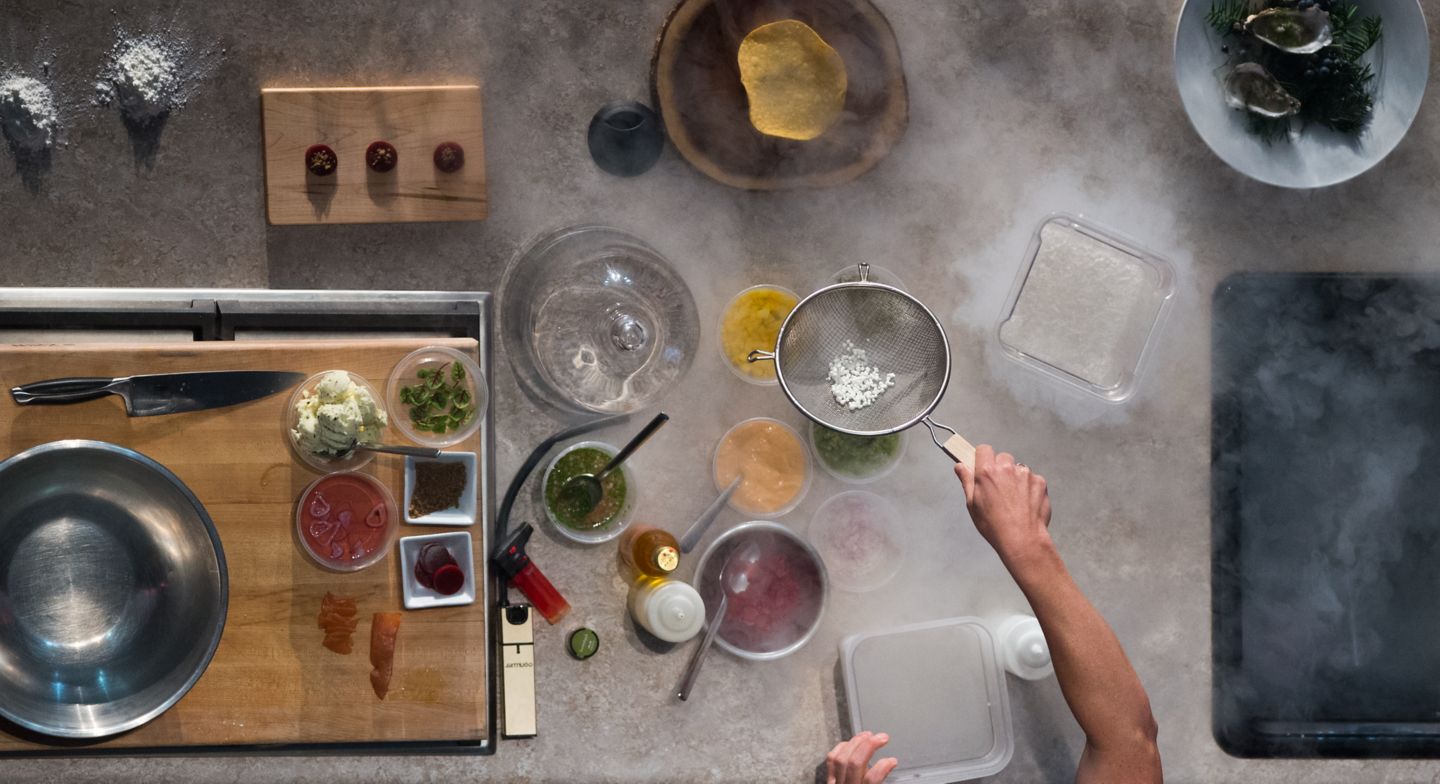 Esther Choi is an influential chef driven by her Korean roots. She is chef/owner of mŏkbar and mŏkbar Brooklyn, as well as chef/partner of Ms. Yoo. Inspired by the age-old technique of her Korean grandmother’s cooking, Choi believes that food is the ultimate expression of a country’s culture. With a personal passion for introducing New Yorkers to the flavors of Korean culture, Choi’s cooking combines traditional and modern influences with fresh, seasonal ingredients.

Choi began her professional education at the early age of 14. Her formal training as a chef began at New York City’s Institute of Culinary Education (ICE), followed by various positions at New York City’s renowned ilili and La Esquina, as well as the Food Network. She was the host of Eater’s video series Kitchen Gadgets, where she channeled her cooking prowess and demonstrated compelling Korean dishes and flavors, garnering over 50 million views. She has appeared in numerous shows such as Beat Bobby Flay, Chopped, Money Hungry, and Throwdown with Michael Symon. She also guest-starred in HBO’s Selena + Chef alongside Selena Gomez.

Choi was named a Zagat 30 Under 30 in 2015 and NYC Culinary Rockstar. Her praised restaurant, mŏkbar, was acclaimed as the Village Voice 2014 Reader’s Choice “Best New Restaurant” and was awarded “Best Kimchi” in 2015 by Epoch Taste. Among her other enterprises, Zagat declared Ms. Yoo as one of the city’s hottest new restaurants, while Thrillist dubbed it the best place to eat during a Lower East Side bar crawl.

In 2020–21, Esther was a host and producer of two podcasts: iHeartRadio’s Get Down w/Ktown, where she dives into the rich world of Korean-American culture, and Food52 Podcast Network’s Hot Offline, a call-in show where she tackles burning questions for home cooks.

Her newest mŏkbar opened in Midtown Manhattan in the fall of 2021, and two more locations are scheduled to open in 2022.

A vocal and outspoken social justice advocate, Colicchio executive produced the 2013 documentary A Place at the Table about the underlying causes of hunger in the U.S. This eye-opening experience led Tom on a journey to Washington D.C. where he has been a mainstay in our nation’s capital in the years since. From holding members of Congress accountable on their voting records around food to working with former FLOTUS Michelle Obama on the Healthy Hunger-Free Kids Act, Colicchio has established himself as the leading “Citizen Chef,” advocating for a food system that values access, affordability, and nutrition over corporate interests.

He is a frequent contributor on several television shows and networks, including MSNBC, CNN, ABC, and Bloomberg and is the host of the iHeart Radio podcast, Citizen Chef. Colicchio is the head judge and executive producer of the Emmy-winning Bravo hit series Top Chef.

Colicchio and his restaurants give back to the community through their impact partnership with FEAST and by serving on the boards of Children of Bellevue, City Harvest, and Wholesome Wave. He is a founding member of The Independent Restaurant Coalition, which was formed to save the local restaurants and bars affected by COVID-19 and the subsequent economic fallout. He lives in Brooklyn with his wife Lori Silverbush and their three sons. When not in the kitchen, Colicchio can be found tending his North Fork Long Island garden, fishing, or playing guitar.

Chef Grace Ramírez understands that food is culture and shares the nourishing traditions of remarkably vibrant, incredibly creative, and above all, comforting Latin American cuisines.

A cook, an activist, an author, and a broadcaster, Ramirez has become a global leader, taking her Latin American heritage and charisma from the green paradise of home country Venezuela to the vast audiences of Oceanía and the Americas. She was recently featured in the Cherry Bombe 100 Women in Hospitality and People magazine’s Español Most Powerful Latina Women of 2021.

Born in Miami as part of a Venezuelan family, her upbringing was as diverse as the continental landscape. Grace’s mother has lived in Mexico, Costa Rica, Colombia, Brazil, Chile, Argentina, and Uruguay, and her stepfather was of Peruvian origin. To add to her range of flavors, Grace spent her young adulthood nourished by the culinary creativity that Miami and New York had to offer, eventually emigrating to New Zealand for 17 years to reconnect with a philosophy focused on produce and nature.

Professionally trained for television, Grace kicked off her career in the culinary world with the Food Network, as Bobby Flay’s producer. Tempted by her aim to share her Latin heritage through taste, she became a contestant on the U.S. version of MasterChef, guided by the master Gordon Ramsay. Set on this new path, she then enrolled in the prestigious French Culinary Institute in New York and worked at Eataly under the lead of chefs Mario Batali and Lidia Bastianich.

Her effusiveness, expertise, and capacity for storytelling synchronized as she created and hosted shows in New Zealand, Latin America, and the U.S., publishing La Latina, the cookbook. She added a new layer to her voice with her activist projects aside Chef Jose Andrés with World´s Central Kitchen, reaching the mark of cooking 100,000 meals per day during the COVID emergency.

Her unique mix of the traditional and adventurous is what makes her kitchen the heart of any community.

You may have seen him in action on one of his many daytime TV cooking segments, competing on Food Network Star, or at a prestigious national food and wine event across the country. But one thing is for certain; whenever Chef David Rose is around, you’ll find plenty of great food and laughter! Born in New Jersey to two chef parents, Rose always had an adventurous, curious, and diverse palate. If it smelled good and looked good, chances are it would get eaten.

Like a truffle pig, he sniffed out his culinary interests. It led him to Le Cordon Bleu College of Culinary Arts in Atlanta, Georgia, where he ultimately settled for the last 20 years. He identifies as a Southern chef, but also creatively reinterprets classic Southern fare by incorporating the refinement of his French culinary training along with his signature bold flavors and the occasional flair from his family’s Jamaican recipes. Cooking and eating are Rose’s life . . . literally!

As a special events chef and culinary content creator, Chef David Rose works with many high-profile brands and professional clientele. Outside of the kitchen, he continues to draw culinary inspiration from his travels.

“Food is life … it not only feeds the body, but it nourishes the soul. To know me is to taste my cooking.”

Former NFL athlete turned chef Derrell Smith is the host of Tastemade’s hit show Mad Good Food, where he shows viewers the value of not only cooking for those you love, but also cooking for yourself. As the host of Mad Good Food, currently in its third season, Smith creates a meal he'd normally make family-style for friends and family, and then breaks it down into a new, distinct meal for one using the components of the original dish. He also serves as an executive producer as well as the creator and CEO OF 99EATS, LLC, a virtual culinary brand with a mission to spread love through food, content, and experiences.

After earning Delaware Gatorade Player of the Year honors in 2006, Smith accepted a full athletic scholarship to Syracuse University, excelling both on and off the football field. Smith was a three-year starting linebacker, two-time All Big East performer, team MVP and captain, and ranks second all-time for forced fumbles in Syracuse history. In 2010, he went undrafted to the Tampa Bay Buccaneers, and was picked up midseason by the Houston Texans. In his second season, Smith earned the starting fullback position until a neck injury, suffered in practice, ended his career. The following day, Smith returned to Syracuse to enroll in a master's program. This would be a decision that would change his life forever.

One evening after a long day of school, Smith decided to make spaghetti and meatballs using ingredients from his fridge and cabinets. The sauce was so good, he immediately called his best friend over to his apartment, and during dinner told him “I’m gonna sell this one day!” The rest is history. Smith moved to Los Angeles in 2020 with no plans, but ambitions to host his own food television show. This became a reality in April 2021 when the first season of Mad Good Food premiered on Tastemade. To date, Smith has hosted or worked with brands including Netflix, NBCUniversal, Disney, Amazon, Sesame Place, Subway, Bed Bath and Beyond, and others.

Ronnie Woo is the chef and owner of The Delicious Cook, an L.A.-based private-chef company that specializes in five-star dining experiences. He is an accomplished chef, television personality, and author of the cookbook Did You Eat Yet?, which will be released on March 14, 2023. Woo is a recurring guest on multiple shows, including the TODAY Show, The Kelly Clarkson Show, and Beat Bobby Flay, and he was the chef/host of the LOGO Network’s premier cooking and relationship show Food to Get You Laid. He produced his first YouTube series, Craving Jetlag, and more recently can be seen on Peacock’s Kevin Hart’s Winter Olympics Tailgate Party and the first season of Netflix’s Is It Cake?.

Brooklyn-born Sherry Yard is a nationally acclaimed chef, restaurateur, cookbook author, teacher, and presenter, who spent her extensive career making a mark as a disruptor in the hospitality industry. Her innovative and uncompromising approach has garnered three James Beard Awards and an induction into their Who’s Who of Food & Beverage in America.

She has received accolades from renowned publications such as Bon Appétit and Food + Wine, and became affectionately known by the media as “L.A.’s Sweetheart”, both for her bubbly personality and her incomparably creative, fresh-from-the-farm desserts.

Her career includes working with the Wolfgang Puck empire for nearly 20 years, encompassing the crafting of masterful breads, creating menus, and opening new restaurants while simultaneously mentoring an entire generation of chefs in kitchens from Singapore to Santa Monica. Her pastry creations became staples at events such as the Academy Awards Governor’s Ball, the Grammy Awards, and the Emmy Awards, where she could be spotted in her iconic pink chef’s jacket in support of breast cancer awareness.

Yard is the author of two award-winning cookbooks, and today works as a consultant from her Bakery by the Yard kitchen in California and appears on the iconic and widely popular Great American Baking Show, serving as a judge.

Jack Bishop is the chief creative officer of America’s Test Kitchen. He was part of the original team that started America’s Test Kitchen, beginning with the launch of Cook’s Illustrated in 1993. Jack directed the launch of Cook’s Country magazine in 2005 and the building of the company’s book publishing division. He is the tasting lab expert on America’s Test Kitchen and Cook’s Country. Jack leads the creative teams working on the company’s television shows, podcasts, videos, magazines, books, and online cooking school. Jack is the author of several cookbooks, including Vegetables Every Day (2001) and The Complete Italian Vegetarian Cookbook (1997). Jack’s first children’s book, Peyton Picks the Perfect Pie, was published in the fall of 2020.

Julia Collin Davison is an executive editorial director for America’s Test Kitchen. She is also cohost of America’s Test Kitchen and Cook’s Country and is an original cast member of both shows, which are two of the highest-rated instructional cooking shows on television. Julia began working as a test cook for Cook’s Illustrated in 1999 and led recipe development for America’s Test Kitchen cookbooks for more than a decade. Julia has been a guest on Good Morning America, Live with Kelly & Ryan, The Dr. Oz Show, Hallmark Channel’s Home & Family, and The Tamron Hall Show. She graduated from the Culinary Institute of America in 1996. She received an Augie Award from the Culinary Institute of America and was inducted into the prestigious Disciples d'Escoffier culinary society in 2018. 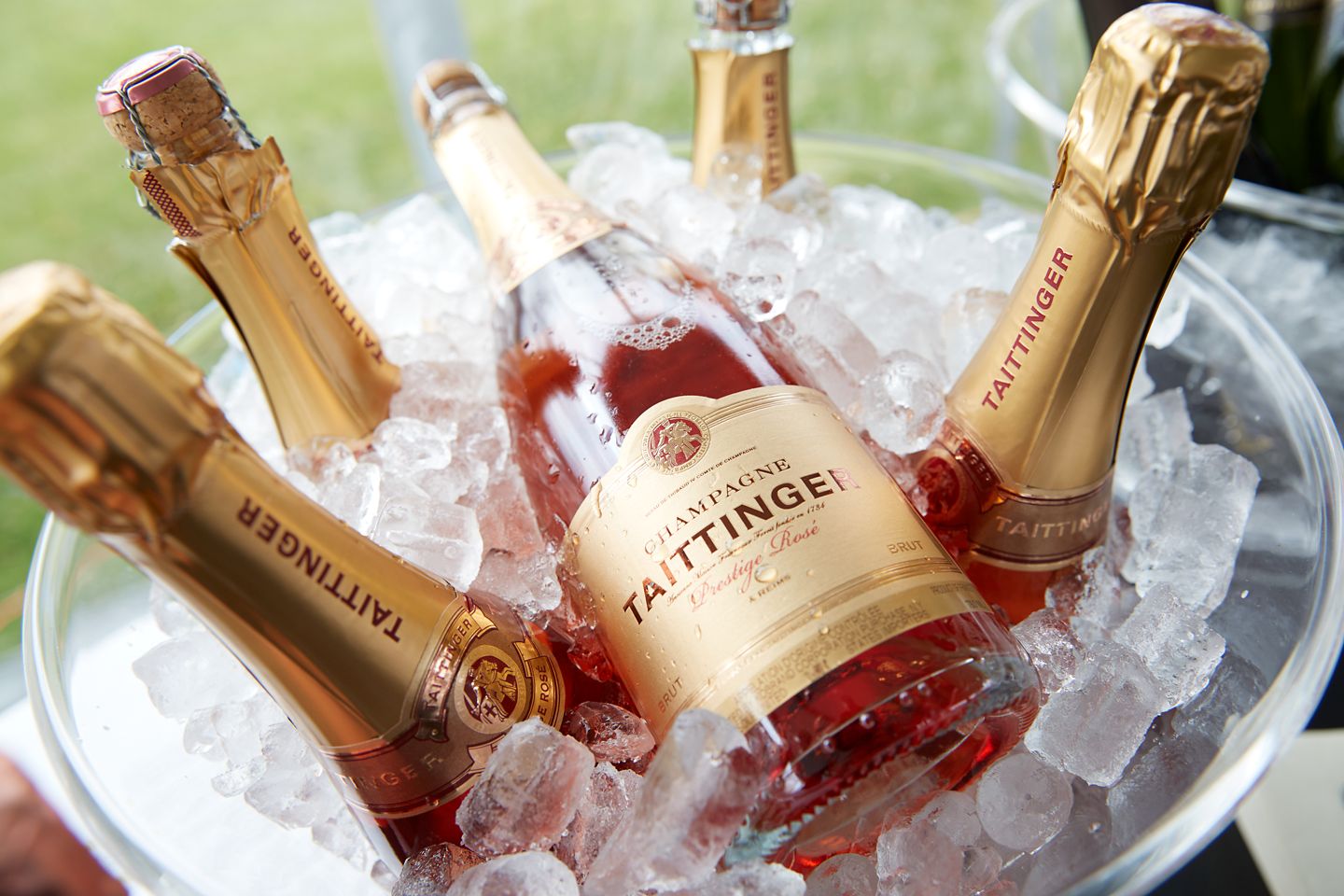